When someone thinks they came up with an idea themselves, no matter how much you actually prompted them, they’re much more likely to follow through with it.

Set the tone early in an marketing relationship for what your audience or leads should expect so you don’t get push back later on.

There was a fast growing blue-green algae (which can be referred to as Aztec cheese) which was responsible for the protein needs of over a million residents in the Lake Texcoco region of Mexico.

That algae is what we refer to today as the “superfood”, spirulina.

I'm Abhi. I geek out on fitness and marketing and entrepreneur stuff and to be honest if you've gotten as far as reading this box, I'm impressed. Hit me up on other places - Insta, LinkedIn or Twitter all good choices.
@theabhig 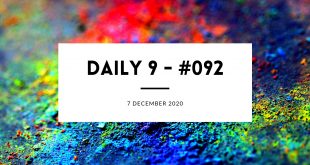